Doug Peacock /10 Minutes/ Activism
Was It Worth It? captures the essence of a life committed to the wild and challenges readers to make certain that their answer to this universal question is yes.

Editor’s Note: In his latest memoir, Doug Peacock, iconoclast and environmentalist, observes that what he calls “solitary walks” made him who he is—a lifelong protector of the wilderness and its many awe-inspiring inhabitants. Recounting his journeys to wild places and his commitment to saving them, Doug asks the question many consider in their twilight years: Was it worth it? Doug was also the inspiration for Edward Abbey’s fictional character George Washington Hayduke—and while only Ed could know how those particular threads came together, the part of George that he borrowed from the real-life Doug had distinct origins that were rooted in wilderness and both the trauma and value of recovering from war.

The following is an excerpt from Was It Worth It?, published by Patagonia in January 2022.

The most indispensable wilderness experience in my life arrived quite accidentally in Yellowstone National Park during the decade after I returned from Vietnam. Accidental, because I stumbled into the park’s lodgepole pine forest at the peak of a hallucinatory malaria paroxysm (it started in the high eastern Wind River Range, so I knew what was coming) and dreamed of grizzlies that turned out to be real bears. That experience can’t be replicated today because of human crowding. It occurred long enough ago that the National Park Service didn’t especially think a wacko hiding out in their backcountry was worth looking for. That was the combat vet Edward Abbey met in 1968, and upon whom he later based the fictional character of George Washington Hayduke. 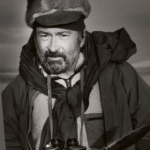 Heath Joske has spent the past six years revitalising his family property on South Australia’s arid Eyre Peninsula with a few hard lessons and a lot of hard work.

What if we could pass our love of a certain place through generations?

High in the San Juan Mountains above Silverton, Colorado, a pack of runners roam.

If 70 kilometres of forest disappeared from the fringe of Australia’s most populous city, would anyone notice?

Our film Treeline follows skiers and snowboarders as they move through three extraordinary forested landscapes in Japan, British Columbia and Nevada, exploring the connection between humans and our oldest living companions.